This is the “Fujian Provincial Emblem”. After Yen Chung-cheng took over the governorship of the Fujian Provincial Government on February 10, 1998, he specially invited Mr. Wang Su-Chao, a famous artist from Fujian Province, to design the emblem in order to unite the people of Fujian and enhance their cohesiveness. The appearance of the provincial emblem is a flower in full bloom, with eight petals representing “Eight Min”, and eight needle-shaped stamens symbolizing the ambition of the people of Fujian to develop and grow. The character of “Min” (“閩”) is presented in two distinctive components: “門” to refer to the counties of Kinmen and Lienchiang, as well as “虫”, which is presented in the shape of a smile, indicating warmth and joy. In 1999, Governor Yen Chung-cheng also invited architect Huang Cheng-toung to design and build the entrance gate of the park, as well as the large stainless steel sculpture of “Eight Min One Heart” in front of the square (see the model on display). It was an iconic as well as the first landmark that people could see when they entered the grounds of the Fujian Provincial Government. Its design was in the shape of a long curved belt, symbolizing the spirit of a brave warrior standing on the hill of eight rings; while the eight spheres were linked together to form a ladder, representing the hearts of the people of the Eight Min, which shall be forever united, and the ladder represented the people of the Eight Min, who were climbing up the ladder in pursuit of progress. Unfortunately, when Typhoon Meranti swept over Kinmen in September 2016, the large sculpture was severely damaged and had to be removed, and it is no longer there. 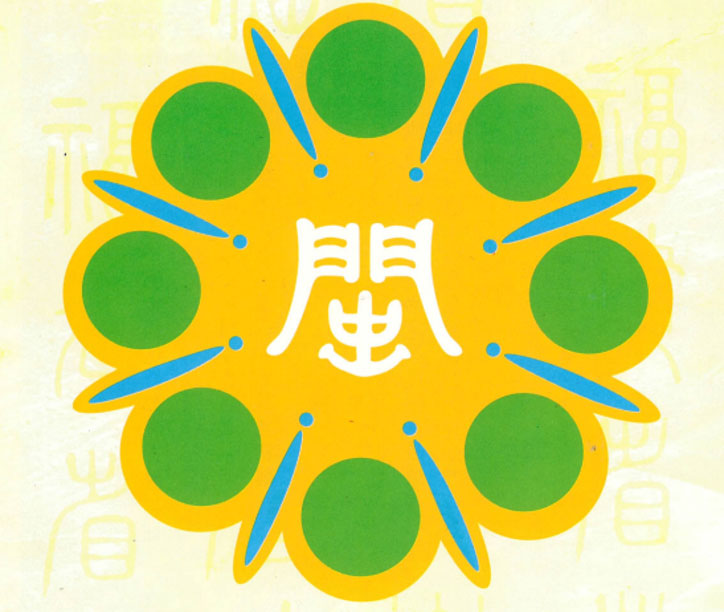 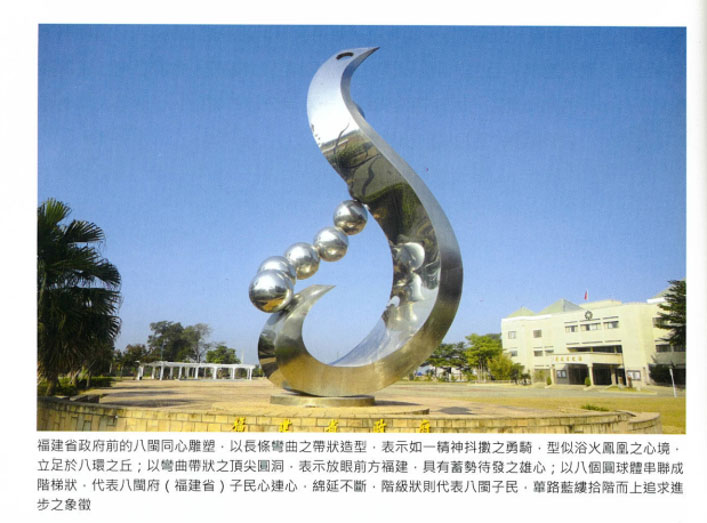