Implementation of the “Experimental Measures for Military Administration in Kinmen and Matsu Regions” promulgated in June 1956. 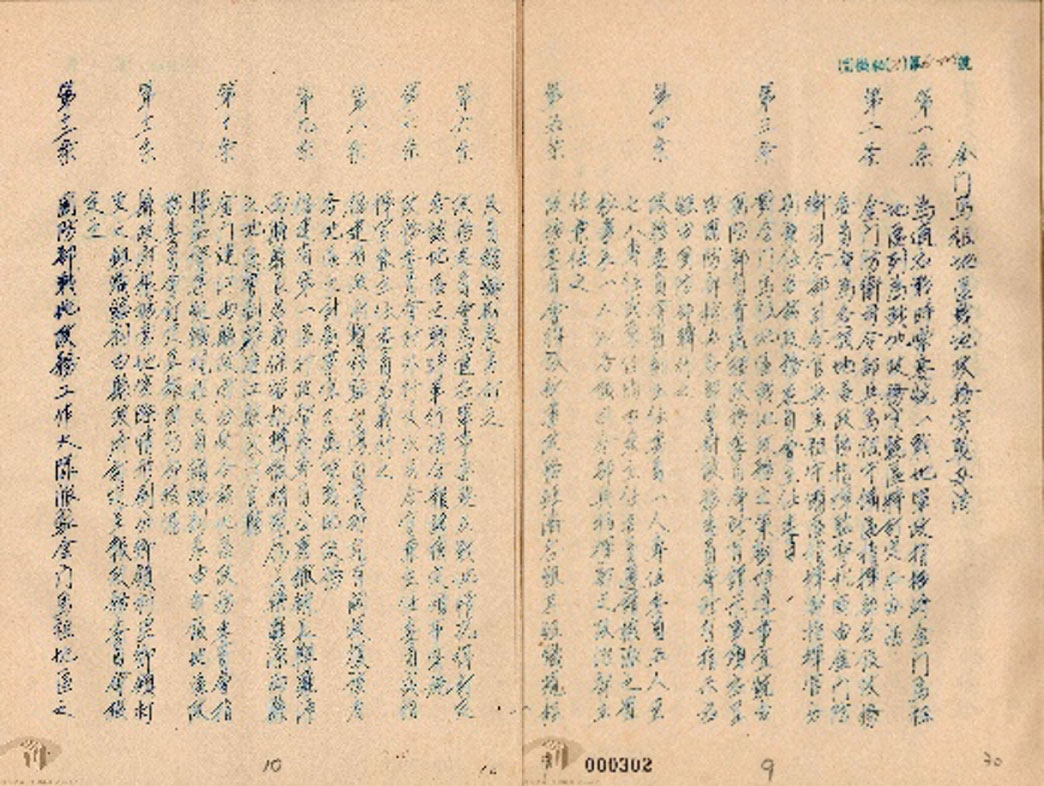